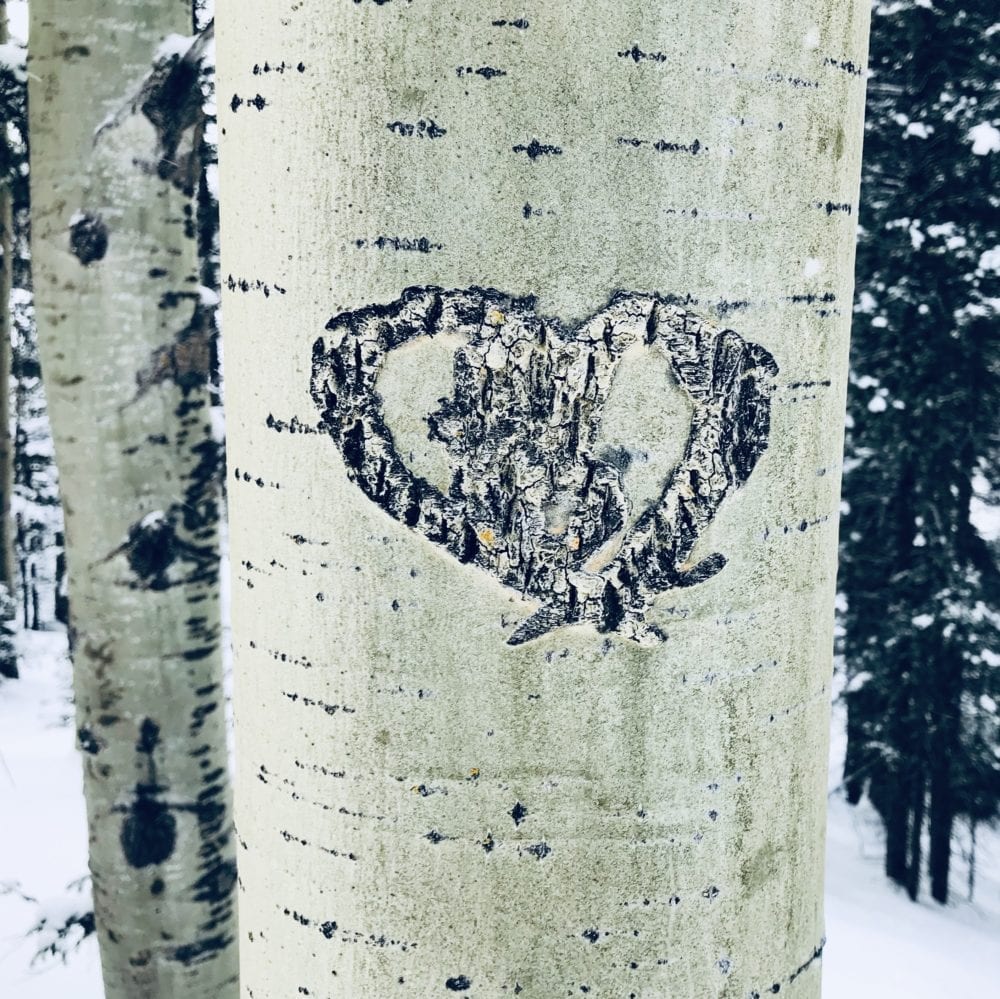 Tell me, what is it you plan to do with your one wild and precious life?
— Mary Oliver

Ten years ago, a few days before the new year, I met my match online: rugged, intriguing, and partway across the country in Montana. The connection was instant. And I bought a plane ticket from Boston to Bozeman without a second thought.

“So what brings you all the way out here?” George asked, two weeks later. George was a boyish-looking ecologist and wildlife sculptor, who looked like he was in his early thirties, as was I. Outdoorsy yet intellectual, with wire-rimmed spectacles and an easy smile.

George was also the instructor for the course I’d traveled cross-country for: Wolves of Yellowstone.

“Well, fifteen year ago, I spent a summer here in the park,” I explained to George and the rest of the class, “working as a dishwasher at Roosevelt Lodge. It was the same year wolves were reintroduced in Yellowstone. And I’ve wanted to hear one howl in the wild ever since.”

“We’ll certainly try to make your dream come true,” George smiled at me, and I knew I’d made the right decision to come. While I’m not exactly an “animal person,” or particularly outdoorsy, that winter—newly single; frustrated in my job; antsy for change, but unsure what—the decision to look for wolves in winter had been a no-brainer.

Don’t you love it when decisions are crystal clear? When a giant “Yes!” leaps forth, and there are no doubts to quell, or second opinions to solicit. And it doesn’t even bother you if someone questions your choice, because you are that clear.

When I’m feeling particularly indecisive about something, I make a list of all the times I HAVE known right away. Like signing up for “Wolves of Yellowstone.” Like renting a rickety cottage in Rockport for most of a year. (It shook in storms. Had no TV. A camp-like kitchen. But, I loved that place.) Like living here in Devon for six months.

I remind myself of the instances I knew, just knew, because it makes me feel better in the moments I don’t know what to do. Not yet, anyway. When deciding’s like the muddy brown of a river after a rainstorm; clarity’s coming, but you have to give your thoughts a chance to settle down, before they run clear. And so maybe, it’s best to stop thinking about the issue for a few hours. (Or days. Or weeks. Or years? Depending on the situation, I’ve tried them all.)

And yes, sometimes a deadline arrives, and you have to make the best decision you can at that moment. But the rest of the time, maybe deciding is just a matter of listening, and waiting, and listening, and being patient. Because “things take the time they take. Don’t worry. How many roads did Saint Augustine follow before he became Saint Augustine?” (Mary Oliver, thank you.)

Or as Elli Radinger writes in The Wisdom of Wolves, “I am always struck by the patience of trees when I look at an old oak. Knowing that such a tree spends 300 years growing, 300 years living, and 300 years dying, my way of thinking changed. The world thinks and lives in different timescales, and doesn’t give a damn about me. That’s enormously liberating.” Observing wolves has taught her patience, too. She gave up lawyering in Germany to follow her passion and has logged over 10,000 sightings, mainly in Yellowstone.

And so, back to those wolves…

George helped us find them a couple days into the course—at freezing dawn, in the valley beside the frozen river, standing guard over an elk carcass: five sisters and two brothers from the Druid pack. Mostly black, not gray, and a bit scraggly (from mange), but magnificent all the same. And when, a few minutes later, an eighth appeared (a lone male across the road) and then a ninth (his brother), I didn’t think my day could get any luckier.

Until, through the spotting scope, I saw one of the brothers exhale, his breath like smoke in the cold air. We had that in common. And then, he tipped back his head. And HOWLED. Wolf by wolf, the rest joined in, on different notes, like a choir, and the air was alive with the sound of wolf song.

We humans weren’t the only ones listening. Two coyotes were curled up nearby, waiting for their chance to scavenge the carcass; as well as a pair of bighorn sheep; and above us, a bald eagle was perched in a pine, feathers fluttering in the wind. It reminded me of the “peaceable kingdom” passage from the Old Testament, often read at Christmas: “the wolf shall live with the lamb, the leopard shall lie down with the kid … and a little child shall lead them.”

Wolves are wild, I know. They eat sheep if they’re desperate. But still, they live together in the same valley. And for a moment, we all—two feet, four feet, and a pair of wings—existed in a real life version of a peaceable kingdom.

Driving back to the airport a few days later, I played a recording of wolves. What would come next in the big picture of my life? Oh, I still didn’t know back then. My trip hadn’t presented the perfect job idea, wrapped up in a bow. But it had awoken a sense of possibility. A reminder that the world is bigger than the tallest mountain, wilder than the wolf. In a world such as this, how could I not discover something that made my heart sing?

I turned up the wolf song, and gave thanks for nature in all of her howling, peaceable glory. And for the chance each of us has, to listen to her own song, over and again, and follow where it leads.